…and it’s amazing how much has happened in that time. I’d first like to say that I’m pretty bummed that I’ve fallen off so much in the journal writing as the last two years have been SO exciting. Now I’ll try to recap my last few days time but I know I’ll be missing out details all over the place, but suffice it to say, I’ll be working on giving as many details as possible.

So after I was up for two days packing…I went to Katie’s house in Long Island. We spent the days chilling and enjoying each other’s company. One day we went to the beach, and I have to say it was Sooooooo much fun. I body surfed and got sun burned, the whole bit.

I also went out a few times to hang out with Tizz’s friends they are much cooler than her folks at CU or at least I felt that they were more sincere…imagine that, on Long Island too!

Our last day together we left plenty of time for dinner and the drive to the Kennedy airport, but after a lovely Italian meal, Katie was getting out of the parking lot and she crossed the stop line. She checked to see if there was anyone in the mirror, seeing no one, she pulled back and CRUNCH…We backed up into a Toyota Corolla.

The guy was from New Jersey and was a real pain because he wouldn’t let us leave without first filing a police report…Because of the 50 min delay or so we got caught in traffic, and then I got to the airport with 40 minutes to spare, however there were no redcaps on duty at 8:40 and my flight left at 9:30pm. So I tried electronic checkin, but for some reason it failed. I should have kept trying that, but I waited in line, and I missed my flight because the line was so slow!

The woman said the gates would open again around 4AM and I could fly the next flight out on standby. I called Katie back and she met me at the airport around 11 because she got stuck in traffic again. After a little while we decided to try and get a hotel room, my bags were REALLY heavy, but we got them back to the car with a cart and I unloaded and went to check into the hotel. There was no sign but when I asked the clerk, there was no vacancy…So I replaced the stuff, and went to the next hotel. It was a courtyard Marriott and the room was $200.00 a night and we were kinda desperate, I though about staying at the airport, but Katie was with me…

We got into the room at 12:30AM and the woman waived the parking fee. David called at 1am and woke us up…but that was fine he was going to pick me up at oakland airport. At 2:30AM the fire alarm went off, there was such a shrill piercing sound and two strobe lights. The fire alarmed raged and we left our room. It was a false alarm luckily, but our sleep was still disturbed. In order to keep the alarm from going off, a microphone button was depressed, the talking and flashing light didn’t stop till 3:22AM when they finally figured out how to fix the system. I woke up at 5AM for the flight at 8:30 and so it was $50.00 an hour to sleep. OUTRAGEOUS!

I forgot to mention that on the way out the airport, the gate didn’t open, so we had to back out into oncoming traffic which was very scary for both Katie and I because that was how we had gotten into the accident earlier in the day.

Upon arriving to the airport the first thing I was was an Asian girl puking near the entrance of the concourse…The service men for the airline put a cart over it so no one would step on the vomit.

I spent the morning in line, and then got told I couldn’t carry on the box but I asked security and they said it would be fine.

Tizz and I ate a nice breakfast and we said our goodbyes which went surprisingly well considering the last few tumultuous hours.

-Slept on the Plane- 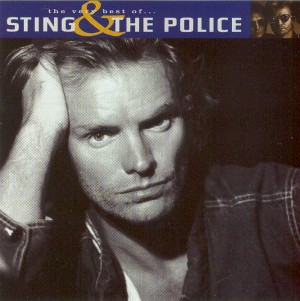 …but some of my friends are: Casey Matteson, Jeff Geiger, Ryan Bennett, David Taylor, my Dad + Mom + myself. Casey would do anything for me, almost. Jeff I can talk to. Ryan and David make me laugh and are just good friends. My family give me lots of support. I am my best friend? Well I don’t know. I get along alright, I don’t really have any friends that are girls, but I’d like a few.

…when my family fights mostly my brother and sister (both Rob’s kids). It also bugs me when I go to a store and buy something and then a week later it is less expensive. It bugs me when store clerks treat me as an idiot with no money, I’d like to be treated with the same respect as adults. It bugs me how the world is going into depression, anarchy, and destruction of our homes and neighborhoods. It bugs me how there are so many killings and gangs.

Topic of the day was a father being denied his child for being gay:

It reminds me of Bambi vs. Godzilla a spoof where there is peaceful music then Bam! Bambi gets squshed by Godzilla. It is sooo funny.

My mom is picking up my Rollerblades today so soon I’ll be skating to school. The worst teacher I have ever had was Mrs. Higgins, she was such a BITCH. She was like a slave driver in those olden boats where everyone had to row or be whipped. She was intimidating 7’0″ with shoes on (almost). Her big Afro and top set of teeth were a sight compared to Medusa herself. She was such a perfectionist. I have trouble writing and if I didn’t type my reports I would get a C or lower because of it. She didn’t assign much homework but what she did was difficult.

Mrs. Black on the other had was sort of nice but she assigned so much homework and vocab test SHIT! they were hard. We had to memorize dictionary definitions and punctuate them perfect.